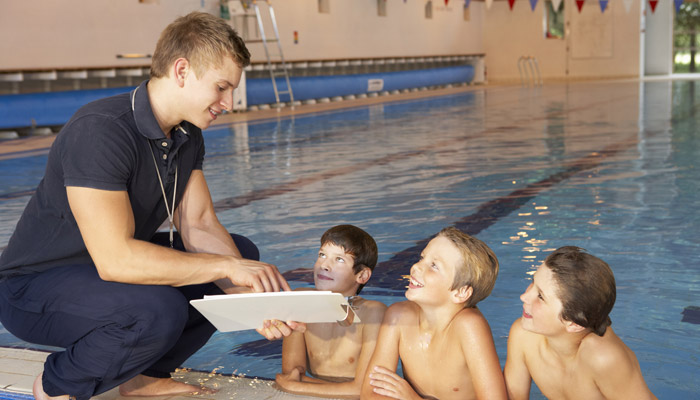 The Urban Dictionary’s example sentence for “swimmer’s hair” pretty much sums it up: “Mike had such bad swimmer’s hair that it felt like hay.” Of course, it’s not just the texture that can resemble hay; appearance can also be affected by frequent exposure to the combination of chlorine and water. Before you try to counteract what’s causing “swimmer’s hair” — and skin — you should first understand what causes it.

Sebum: Your Body’s Natural Protection for Hair and Skin

Human skin is naturally fortified with a layer of fats, producing lubrication that results in skin’s somewhat waterproof nature. Sebaceous glands — microscopic exocrine glands in the skin — are often found in hair follicles and secrete an oily substance called sebum. Humans aren’t the only ones whose skin secretes sebum; in fact, water-dwelling animals such as beavers actually have skin that produces a greater degree of sebum in order to protect them from the effects of prolonged contact with water.

For those of us without the benefit of a highly developed sebaceous secretion system, high amounts of contact with water can cause the layer of fats to be damaged, removing the skin’s natural protection. Damaged skin naturally renews itself; however, side-effects of that renewal can be uncomfortable: itching, stinging, and burning, along with unsightly flaking.

As important as it is for the skin’s protection, sebum has a down side, too. While it usually functions to keep skin and hair soft and free from damage, over-production of sebum leads to oily-looking skin and hair. The negative results of this oiliness aren’t just visual: they can also cause clogged pours, producing painful acne, blackheads, and whiteheads, particularly on the scalp. 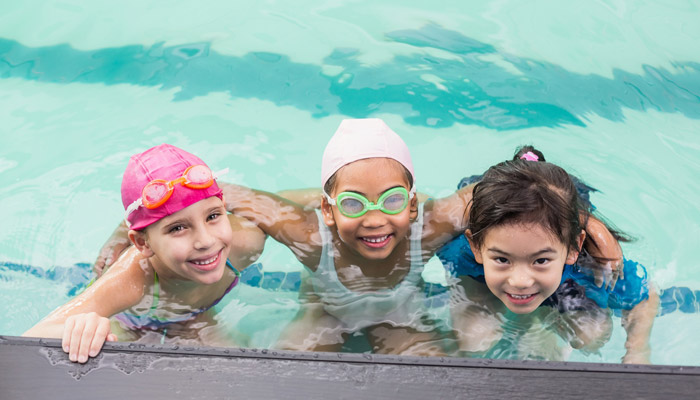 Water isn’t the only substance that causes damage to a swimmer’s skin and hair. Chlorine and other chemicals found in pool water definitely help prevent skin infections ranging from impetigo to athlete’s foot, but those chemicals can also increase water’s already destructive effect on the skin’s sebum. The result is added trauma caused to damaged skin and hair. Chlorine has a drying effect on skin, making it feel tight and itchy. Those with particularly sensitive skin can also experience rashes, and those with existing skin conditions such as Eczema will likely find that chlorine aggravates the issue.

Chlorine is especially damaging to hair, because wet hair shafts more easily absorb any chemical. Hair that is wet with chlorinated water absorbs the chlorine, stripping hair of sebum and causing great damage. Chlorine can also cause light-colored hair to become discolored, taking on a greenish hue. The green color is not actually caused by the chlorine itself but by the chlorine’s interaction with pipes made from copper and other metals. When oxidized in the pool’s chlorine, the result is Copper (II) chloride, which has a greenish blue cast; think of basic color-mixing science, and you know that blue combines with yellow to make green.

Stripped of its natural sebum, the exposed cuticle of a swimmer’s hair also becomes more susceptible to damage from the sun’s UV rays; so even if a swimmer’s hair does not turn green, it can easily take on a lighter shade.