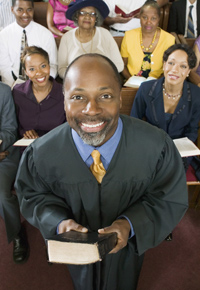 When George and Louise Eusterman implemented a changeover to electronic dues payment at the health club that they owned, they never dreamed of how God would use their business experience to further His Kingdom through electronic giving resources. While churches and other Christian ministries are distinct from businesses in many ways, they do have some things in common: Just as a business needs a certain amount of income in order to remain in the black, Christian ministries require giving so they can continue to serve their communities.

Daring to Make the Change

It’s no secret that churches tend to resist change. At Egiving.com, we understand what you’re up against, if you want to switch over to electronic giving. Not only was EFT relatively new in 1985, when the Eustermans first began implementing it to avoid unpaid or late health club dues, but many of their clientele were older and completely unfamiliar with it. However, when they realized that their previous funding model simply wasn’t working, they took a bold step by allowing no other means of monthly payment. In making that transition, they lost only 3 of 400 members, all of whom would return within a year. Within 15 years of that transition, they saw their membership swell to 5500! 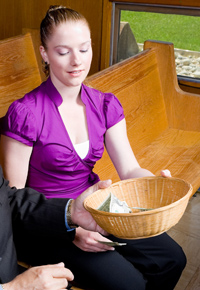 Developing a Heart for Ministry

As the Eustermans grew in their passion for Kingdom funding (largely as a result of Larry Burkett’s Business by the Book), it was natural for them to consider the impact that EFT could have for Christian ministries. The Lord allowed them to hear about a young man who had given up a career with Microsoft in order to pursue missions. After only 6 months of his second 2-year term on the field, he had to return home, due to lack of funding. The fact that this promising young man, who was willing to do what most Christians aren’t, struggled due to unreliable givers, truly gripped the Eustermans. What’s more, they realized how EFT partnerships could help eliminate, or at least reduce, the frequency of such tragedies.

Drafting a Model of Implementation

First, you could start out by using it for one-time electronic giving for a specific project, such as a building fund. Then, you can move to encouraging its use instead of the traditional pledges model to fund your missions program. From that point, you can move to requiring egiving for regular funding of your ministry. If you have long-time givers who have proven themselves faithful, you may wish to allow them to continue giving in their preferred way. However, by requiring new givers to create egiving accounts, you’re holding them accountable for faithfulness, the kind of stewardship that God requires.

With their vast experience of using EFT recurring giving over 15 years in secular business and 11 years for ministry funding, George and Louise Eusterman have a wealth of knowledge to help your ministry realize its vision. They’d love to show you exactly Egiving.com can help you set up electronic giving for your unique church or ministry.