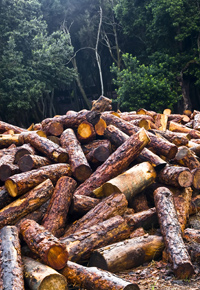 The 2011 raids on Gibson Guitar headquarters has served to underscore the significance of Lacey Act compliance — and the insufficiency of certification. According to Gibson Guitar CEO Henry Juszkiewicz, the raid included armed federal marshals that “came in, evacuated our factory, shut down production, sent our employees home and confiscated wood.”

The way the situation was treated, you’d think the wood in question had been laced with illegal drugs or held top-secret military intelligence, but no. In fact, not only was it just plain, ordinary wood, but it was also FSC certified wood. With all its CITES documentation in order, no less. The situation begs the question: How do you know when you’re fully compliant? 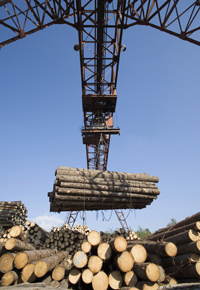 What FSC Does & Does Not Mean

In addition to various situations that have served to clarify Lacey Act regulations, here at J. Gibson McIlvain Lumber, we’ve discovered that the #1 way to ensure that the lumber we import is fully in compliance is to be proactive by building relationships with overseas mills. Many of those mills utilize alternative verification schemes instead of FSC — which is clearly not the fail-proof protection that, previous to the Gibson raid, many believed it was.

The Forest Stewardship Council’s aim in certification is to recognize lumber that is sourced from forests that have been properly managed. In their own words, “FSC certification ensures that products come from responsibly managed forests that provide environmental, social and economic benefits.” It relates to the sourcing, harvesting, and processing of lumber before it is exported. Once it moves past that point, FSC is no longer involved. 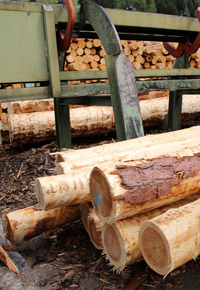 In a day when everyone along the supply chain is responsible to make sure everyone else is in full compliance, that’s clearly not enough. However, there are other entities that provide more comprehensive verification.

Here at J. Gibson McIlvain, we prefer to use TLTV (Timber Legality & Traceability Verification). Governments hire the SGS, an independent auditor, to provide oversight. Using continuous monitoring or regular auditing, the SGS verifies a given company’s production and tracking information. Beginning with log or timber production, they verify the tracking from the port back to the stump.

They also audit data as well as legality, considering local laws that apply to the specific company. After that, they continue to monitor data and processing. Unlike FSC certification, the TLTV oversees all aspects of a lumber mill’s operations. In some ways, it picks up where the FSC leaves off.

When it comes to the legal origin of a log, both the FSC and the TLTV fall short. The VLO, or Verification of Legal Origin, looks back further at whether the harvesting of the wood took place legally. Requiring insight into land concessions and compliance with both local and national laws, the VLO somewhat overlaps the territory covered by the FSC: basically, it provides the documentation necessary to prove what FSC certification asserts to be true.