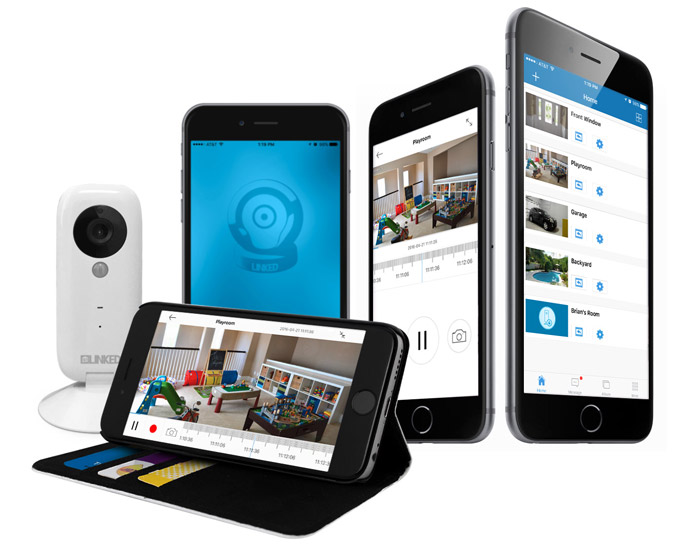 The ever-expanding family of Wifi-enabled X10 Security Cameras just became even more exciting! In our previous post, we described the features specific to our two original Airsight Indoor Cameras: the XX51A and the XX69A.  If you liked what those models had to offer, we’re pretty sure you’re going to absolutely flip over our three newest Indoor Airsight Camera models. With even more features and brand new, user-friendly designs, these newer models are absolutely amazing — especially for their price point.

The 3 newest additions to the X10 Indoor IP Camera family have many characteristics in common with their classic counterparts: app-based, user-friendly setup requires no professional expertise. Using your home’s standard electrical outlets and Wifi signal, anyone who can operate a smartphone can easily set up any Airsight camera. Like former models, these newer ones also provide 2-way audio communication; like the XX69A, all three also offer SD card backup capability and come with an 8GB microSD card. Other distinct features of this new line of Airsight Cameras include improved motion-sensor technology and even simpler setup and linking than before, thanks to voice-directed setup via unique audible tones.

The first of the three new models is the LI2. The sleek design of this wireless HD IP camera allows it to swivel on a single joint. For flexibility in placement, it includes both a magnetic base for temporary placement as well as a screw-in mountable base which allows for permanent wall mounting if that’s what works best for you. The LI2 Stick Camera includes 14 IR night vision nodes along with ultra-sensitive motion sensors for capturing video at any time of the day or night.

The camera captures 1280 720 HD video that you can either stream or record on your Android or Apple smartphone or back up on a microSD card inserted into the base of the LI2. Another aspect that sets this model apart from its predecessors is that it is white instead of black.

Available in your choice of either Black or White, the LQ2 has a unique ball design that allows it to function better than the LI2 in some spaces. Mounting possibilities are more limited, with only a magnetic base included. While the LQ2 also has 10 IR nodes, it still allows for crisp video even in complete darkness, allowing you to clearly capture footage extending 25 feet from the camera’s lens.

An added feature not included on the LI2 is the tilt-and-swivel base accommodated by the futuristic-looking spherical design. Color choice is also a nice added bonus.

X10.com is the everyday person’s best source for home automation. Since 1976, we’ve been providing excellent home gadgets at reasonable prices. Visit us online at x10.com and find out what you’ve been missing!