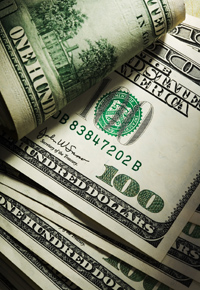 USB flash drives come in many different sizes. The most common size capacities that are purchased are 8GB, 16GB, and 32GB. But for the individuals who need ample sized portable storage, they now have the opportunity to get their hands on the largest flash drive known to date.

Victorinox is a company most well-known for its current line of useful multi-bladed Swiss Army Knives, but this company makes more than knives. They were brilliant enough to produce an astounding 1 TB of storage in a vessel the same size as a typical flash drive, and given their area of expertise, they housed the USB stick inside of a Swiss Army Knife. The technology found inside the Swiss Army Knife is a Solid State Drive, which is the same type of fast and lightweight drive found inside the state-of-the-art, ultra-slender MacBook Air laptop.

However, unlike the larger size of a computer, this drive is much smaller than your average SSD. It’s so teeny tiny that it is small enough to fit inside of a pocketknife. 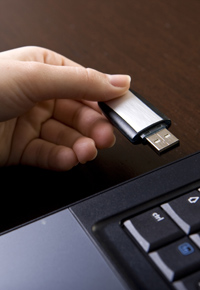 Since this high level of capacity is so unheard of, the drives comes preinstalled with a combination of both software and hardware encryption. It has top-notch security to keep all of your data safe and sound from wandering fingers and prying eyes.

If you’re worried about investing in this high-tech flash drive because in some places (airports, government buildings, and schools) this gadget would be considered a safety hazard, don’t worry: Victorinox has already anticipated this problem! They are one step ahead of us. To combat the security issue, Victorinox has produced two separate bodies for the Swiss Army Knives.

The first one is red, and it includes everything one might need in a regular pocket knife, such as a blade, scissors, a nail file, and a screwdriver (along with your heavy duty flash drive). The second body is black and does not contain any other gadgets except the flash drive itself.

This USB flash drive is very enticing as far as storage capacity goes, but just like everything else, there is always a catch. A company representative reported that the retail price of this sexy new gadget is going to up the ante in the high-tech world of USB drives. Once Victorinox SSD launches, it is to be expected to be in the price vicinity of $3,000. Ouch!

Obviously all of that sizzling storage doesn’t come cheap, but if you need to store mass amounts of data safely and efficiently, this pocket-sized SSD might just fit the oversized fee. If your budget is smaller than that, though, consider a flash drive company like CFgear instead. CFgear customizes flash drives like no other company in the industry. Whether you want regular flash drives screen printed with your business’s logo or flash drives molded into custom shapes, CFgear’s got you covered.  Offering reliable, warranty-backed custom flash drives at affordable bulk prices, CFgear is located right here in America (Sioux Falls, South Dakota, to be exact). For more information on CFgear and all they have to offer, visit their website at cfgear.com today.