Securing a bond and attachment with a parent or parents becomes a very important aspect of not only early years, but also teenage and adult years for an infant. This attachment is usually made during the first few hours, weeks, and months of a child’s life. Parents who develop a safe, caring, and stable environment for their infants will allow them to feel trust, love, and dependability.

However, the number of children being diagnosed with Reactive Attachment Disorder (RAD) is alarmingly increasing. Although the exact causes of RAD are not known, it is often associated with children who did not receive this type of attachment and bond early on. Children that were in an orphanage or shuffled from one foster parent to the next define some of the most affected sufferers of RAD. Infants that were physically, emotionally, or mentally abused may also develop RAD. Parents who have drug or alcohol dependencies, mental issues, or any other type of anger management problems may also see an increased risk of RAD in their children. Some other possible situations include extreme poverty, early family trauma such as a death or even divorce, postpartum depression in the mother, and inexperienced parents. For a child to be diagnosed with RAD, a mental health provider will use a list of criteria provided by the Diagnostic and Statistical Manual of Mental Disorders (DSM). In a young child or infant some of the warning signs are:

* Doesn’t reach up when picked up
* Disinterest in playing common childhood games such as Peek-A-Boo or disinterest in playing with toys
* Remains calm when left alone. May even self-soothe with self-stroking or rocking
* Doesn’t follow others in the room with his/her eyes
* Doesn’t smile often and usually has sad, withdrawn features

If parents (also adoptive parents) notice these signs in their infant or toddler, immediate professional help should be sought out. Often, by changing their own behavior and learning key skills at a parenting class, they can create a strong bond with the child and prevent further, extreme examples of RAD.

However, some statistics warn that as many as 800,000 children and teenagers are suffering from some type of severe attachment disorder. Often times, signs and symptoms become very prominent before the age of 5 and worsen as the infant reaches childhood and later adolescence. Symptoms to be aware of in early childhood and adolescence include:
*Aggressive action toward peers
*Obvious and continuous discomfort and awkwardness
*Drug or alcohol abuse
*Not often engaging in social interactions
*Avoids or immediately dismisses any type of comforting/positive gestures or compliments
*Withdrawal from friends and family members (especially parents)
*Feelings of anger or distress that are often masked or hidden

Foster children and children who never secured a strong bond with their parents are considered at high risk for RAD. If you notice these types of symptoms in your infant, child, or teenager, it is very important to seek professional help immediately. Left untreated, RAD can create long lasting effects throughout adulthood. Some typical complications include low self-esteem, academic problems, delayed learning, eating disorders, drug or alcohol addictions, delayed growth, temper/anger management issues, depression or anxiety, and even unemployment or frequent job changes.

Scheduling an appointment with your general doctor or even a psychiatrist is the first step in diagnosing and understanding RAD. After the psychiatrist or mental health professional does an in-depth physical and mental examination of your child, they will use their observations to determine if the child meets the criteria of RAD. If so, treatment can begin.

While there is no set standard as to what treatment should be used, usually the mental health professional will use basic education and understanding of the disorder, counseling, and perhaps medication as ways to treat the child. A lot of emphasis is placed on ensuring that the child is part of a stable and strong home environment. Positive interactions between the parents and child are also recommended. Parents often attend parenting skills classes and family counseling during the course of treatment. 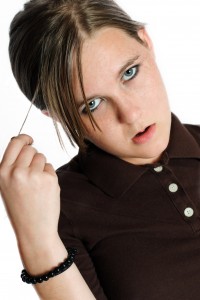 Because there is no simple or easy treatment for RAD, parents and the child should clearly understand that this is a long term challenge. It can become quite demanding and exhausting for the parent. The parents’ mental health should also be considered. A parent may find it beneficial to also seek out their own personal counseling sessions that may help them cope with having a child that suffers from RAD.

If your child has been diagnosed with RAD and you are currently looking for answers, perhaps you should consider a Christian based boarding school. These schools typically have many trained and skilled professionals that will offer around the clock supervision in a stable, caring environment for adolescents ages 12-17. They will be available for sessions in which they can counsel and minister the child.

Often times children with RAD are simply looking for that stability and trust in a relationship. A Christian boarding school can help restore and regain relationships between children and parents. Children that attend the 15 month program often reach a new level of spirituality and establish positive peer interactions.

Your child’s safety, health, and future depend on your positive reinforcement, support, and encouragement during the treatment of RAD. Self treating the child at home is probably not going to deliver results that will assist the child in transitioning from childhood to adolescence to adulthood. You must depend on professionals to help not only your child, but you, as a parent, cope with Reactive Attachment Disorder.