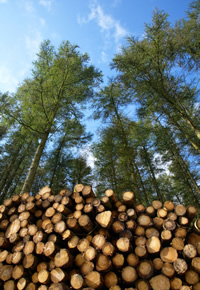 As a lumber importer, J. Gibson McIlvain is committed to responsible logging practices. Even though the save-our-rainforests mantra has given lumber importers a bad rap, such negative publicity portrays an inaccurate view of the industry at large. Industry leaders such as J. Gibson McIlvain are not encouraging the depletion of forests anywhere; instead, they’re actually taking steps toward ensuring sustainable forest management, increasing U.S. jobs while benefiting market quality, and promoting legal logging practices.

The International Wood Products Association (IWPA) uses the term Corporate Social Responsibility, or CSR, to describe steps such as those taken by lumber importers like J. Gibson McIlvain. Of course, like any social “obligation,” no laws can thoroughly force compliance: People must have a desire to look out for the good of others. Until recently, companies holding themselves to higher standards have often suffered financially for their acts of CSR. However, today’s consumer is being increasingly driven by more than price: conscience is also playing a role in purchase choices. Companies who comply with green standards, moral labor conditions, and fair trade policies are now benefiting, and lumber importers are no exception.

Sustainable forest management benefits the industry as a whole as well as the local economies and global ecosystem. The IWPA calls such practices “Doing It Right”. When forests are sustained, more wood products will be extracted from them in the future. Future-friendly practices by lumber importers encourage forested developing nations to adopt SFM standards, in turn promoting conservation.

Market quality is positively impacted by imported lumber. This is because imported woods add value to the wood products industry, and domestically produced woods are increasingly being incorporated along with imported woods. While job loss may seem inevitable with any importing, often the combination of imports and free trade policies mean job creation, instead. U.S. jobs include those at ports, in the construction industry, and in distribution and sales. On the flip side, jobs are only truly lost if the amount of wood imported exceeds the amount that is exported. In fact, free trade and open markets actually promote American prosperity; the impact of increased trade since 1945 has typically meant an additional $9,000 per household, per year.

While illegal logging does contribute to deforestation, it’s far from being the main culprit. According to a popular environmental science site, 60 to 70 percent of Amazon deforestation is the result of cattle ranches. Nonetheless, imported woods that have been legally logged will have permits and other paperwork that ensures their compliance with various laws and regulations from both the country of export and the country of import. Aside from asking about such paperwork, there isn’t much that a lumber importer can do to discourage illegal practices.

When you purchase wood from a responsible lumber importer such as J. Gibson McIlvain, you’re not only promoting legal practices, but you’re also benefiting the U.S. economy as well as the economies of developing nations in addition to promoting a healthy global environment.