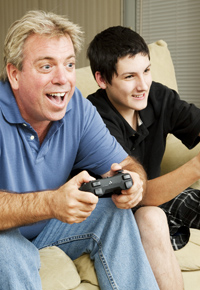 Loving your teenager looks different than loving your small child or even your adult child. In the throes of raging hormones and emerging independence, teens will often shun familiar shows of affection that they relished as children. Even if you’ve fostered a close relationship with your son or daughter as a child, in many ways, you need to get to know him or her again as a teenager, exploring the most effective ways to communicate your love to them during this time.

Understanding How To Communicate Love

Dr. Gary Chapman, author of the New York Times bestselling marriage book entitled The Five Love Languages: The Secret to Love that Lasts, has written a companion to the book that focuses on uniquely showing love to your teenager. In The Five Love Languages of Teenagers: The Secret to Loving Teens Effectively, Chapman tailors his message toward teen-appropriate applications of showing love based on these five primary “languages”:

Understanding the Unique Needs of Teens

Chapman asserts that the key to understanding teens is strongly connected to realizing their dual quest for independence and self-identity. The unique challenges faced by today’s young people compound the difficulties inherent in making major life choices, many of which become the focus of the teenage years. Even with all the peer and media influence, though, Chapman makes a good case for the fact that even today’s teens do desire to have positive relationships with their parents. 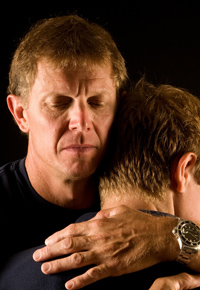 If teenagers’ emotional need for love is met, then they’ll be equipped to navigate the seas of adolescence, even in the tumultuous culture in which we live. “When teens know their parents love them, they will have confidence to face the negative influences in our culture that would keep them from becoming mature, productive adults. Without the love of parents, the teenager is far more likely to succumb to the evil influences [around him or her]” (p. 31).

Chapman describes something that we as adults have often recognized within ourselves- an innate desire to be nurtured by, connected to, and accepted by our parents. Chapman has observed that “when this happens, the teenager feels loved. When the teen does not feel connected, accepted, and nurtured, his inner emotional tank is empty—and that emptiness will greatly affect the behavior of the teen” (p. 31).